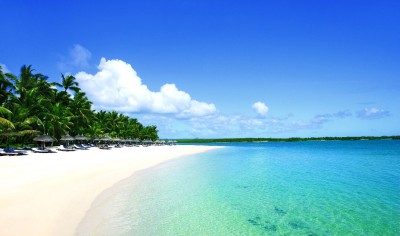 Mauritius is located in the Indian Ocean and its beautiful tropical waters, sandy beaches and dense forests have guests returning year after year. Visitors from all over the world travel to Mauritius for its scenic qualities and the excellent array of beaches, mountain ranges and waterfalls.

Mauritius’ cultural history is a mixed one, from Arab sailors in the tenth century; to the discovery of the island by the Portuguese in 1505, and the arrival of the Dutch, French and British. It wasn’t until 1968 that Mauritius achieved independence, and the result of its independence was a rapid economic boom.

The fact that so many different nationalities have settled in Mauritius is directly responsible for the island’s world-renown charm. Inhabitants from African, Indian, Chinese and European backgrounds currently make up the majority of the population. A fine example of the island’s eclectic character is the hip swaying Sega dance that was originally brought over by African slaves but now symbolizes Mauritian national identity.

Mauritius is an ex-British colony and you will see the English influence throughout the island – there are English road signs and people drive on the left hand side – but you will discover that the island is overwhelmingly francophone. The newspapers and other media are in French, shop assistants, bus conductors and taxi drivers will all initially address you in French.

This is partly a result of the local Creole language, which developed at a time when the colonial masters of the island were from France, but today the island has absorbed a rich vocabulary which reflects the diverse origins of its people. Tamil, Malagasy, Chinese and English words are all part of this rich linguistic and ethnic heritage of Mauritians.

Mauritius’ industry produces textiles of which vast quantities of cotton goods are made for the international market. Many of these manufacturers have ‘factory shops’, which are great places to buy well-made t-shirts, dress-shirts and winter clothing, much cheaper than their retail price in Europe and America.

Look out for respectable local firms like Bon Air knitwear who produce superb, high quality sweaters in wool and cashmere. Local designers also sell great beachwear and summer clothes. In the good shopping centers (in the waterfront in Port Louis and in the northern resort of Grand Bay) you can buy anything from craft souvenirs to chic suits and scarves.

Good, inexpensive and easy-to-carry souvenirs are the fruit jellies and jams at La Corbeille, the Labourdonnaise estate shop in the north and vanilla flavoured tea at the local Bois Cheri.

Opening hours of the shops during the week are Mon – Sat 09:30-19:30 and some shops open until noon on Sunday. There is no system of sales tax refund for foreign visitors to Mauritius.

Recommended vaccinations are hepatitis A, typhoid, tetanus and polio. The risk of Malaria is very small but it is advisable to protect yourself against mosquito bites by using a mosquito net and good repellent.

If you have travelled from a destination affected by yellow fever and you are over the age of 1 year, then you will be required to produce a yellow fever certificate.

Should your nationality not be listed above, kindly contact our dedicated consultants for assistance. 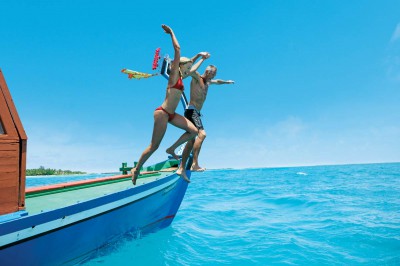 From November to April is the summer season on Mauritius. Temperatures during this time are between 26°C and 32°C. From May to October is winter, where the temperature can drop a few degrees between 20°C and 26°C.

The most rainfall will be in the southeast of the island. From December to April is the wettest period. In this period can also tropical cyclones pass through the island, which lead to heavy rainfall and strong winds.

Boasting a wonderful tropical climate, Mauritius is a premier island holiday destination for exactly that reason. During December to April it is peak summer in Mauritius, so expect extreme humidity as well as soaring temperature, and winter, which is from May to November, it is generally cooler, and drier on the island.

The best time to visit Mauritius is from May to early December, and the island is best avoided during cyclone season, which is from January to February. It’s important to note that cyclones very rarely hit Mauritius; cyclones out at sea can result in days of continuous rain.

Mauritius’ climate allows it to be a very popular destination all-year round, and instead of visitor numbers determined by season, they’re more likely to be affected by holiday periods. So around Christmas, New Year and French school holidays (around August) you can expect higher prices and more travelers making the most of the magic that Mauritius has to offer.